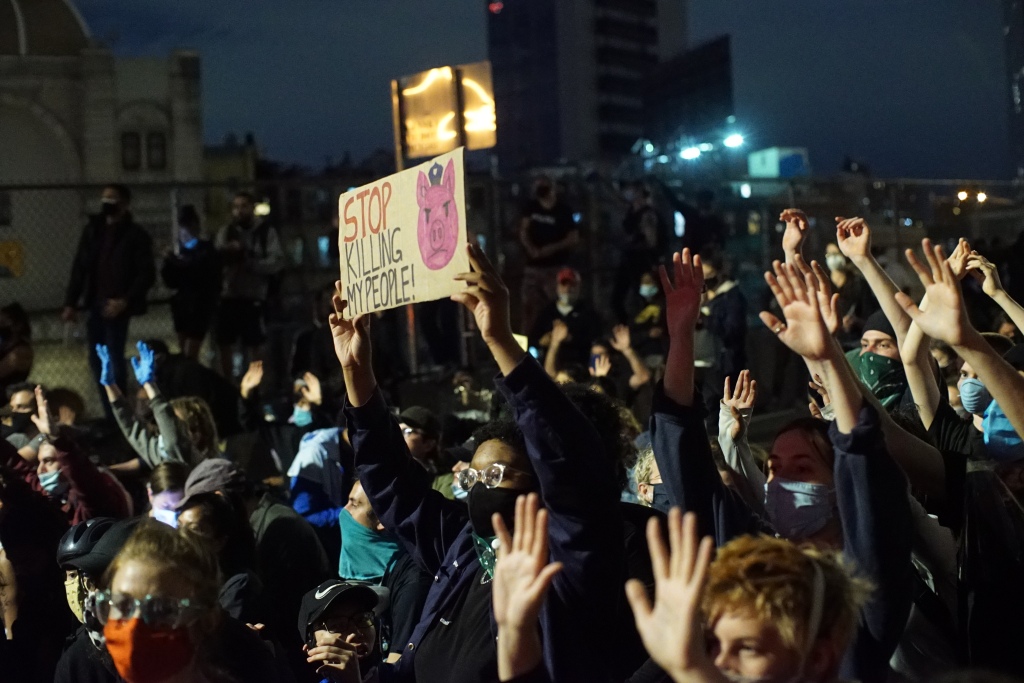 Hatred is not an emotion.


Displays of hatred and contempt are behaviors that we have been taught to associate with emotions. But hatred is really behavior. Some of it is going on up in your thoughts, and that connects to things you are doing out here where we can see what you’re doing. Hatred can be invisible, or it can be blatant, but it’s behavior.

This points to a cultural challenge we are facing (again). Waves of protests are, at least in part, extinction bursts. Extinction happens when you expect to be reinforced (rewarded) for what you do, and the reinforcement doesn’t happen. Then it doesn’t happen again a few more times.
Say, you call your boyfriend and he doesn’t call you back and you call again, and again, then you text, maybe email, or call his best friend, or call your best friend to vent, then you cry and eat ice cream all night. All that extra behavior in addition to calling. That’s called behavioral extinction.


Here’s where things are right now.
“We tried kneeling, that didn’t work. We tried voting, that didn’t work. Let’s protest. That didn’t work. Let’s burn the place down.” It’s all that variability of behavior that happens when you don’t get the reinforcers you need. We’re not talking about something people want because it would be nice to have. We’re talking about a situation in which without those reinforcers people die. In this case the reinforcer is absolutely, fundamentally needed for survival. Extinction bursts are often the context for anger.
What kind of reinforcers are people expecting or hoping for that they’re not getting that lead to these violent protests? Just don’t kill black people. Stop killing people of color.

This violence started as counter control, which is largely avoidance and escape behavior against coercive authority. The people doing the stuff want to avoid the situation. Black people today want to stop getting killed by bad cops for going to the store or playing video games or reading or asking for help or for minor crimes. Because honest to God, people shouldn’t die for selling cigarettes or for forgery. That shouldn’t even need to be said, but apparently it does. “Should” is a meaningless word. They do die for these things and less.
So here comes hatred. An acting out of centuries of frustrated fear and anger. People of color have good reasons to hate white people. We gave them good reasons. We keep giving them good reasons.
Where does white people’s hatred come from? That’s a whole other story that we very much need to explore more deeply.
Processing…
Success! You're on the list.
Whoops! There was an error and we couldn't process your subscription. Please reload the page and try again.

iThere are no comments

Begin typing your search above and press return to search. Press Esc to cancel.