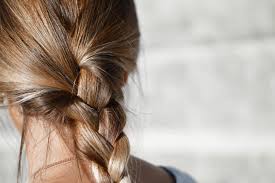 I met Laura at the first meditation retreat I ever went to.  Before the retreat began there was a continental breakfast and social time. Laura and I had never met, but quickly learned that we had a lot in common. A love of animals and the arts. I was hand dying wool for rug hooking at the time and she was planning a dye garden… plants to be used to make dyes. She had several acres of land with a few animals. I had studied behavior analysis and worked in an animal shelter. She was a psychologist who worked mostly with people with developmental disabilities in residential facilities. These retreats took place several times a year, so every few months we would meet up again. We were casual friends, but we always had a good time chatting and getting to know each other.

About 3 years after I started attending the retreats, in about 2013, we were sitting together at lunch with several friends. Someone had made an amazing Indian vegetarian stew, and there were a variety of other delectable offerings. Laura mentioned that she was going to be taking her mother to Ponca City, Oklahoma the following weekend.

“Ponca City?” I knew that town. “Why are you going there?”

“To visit relatives, why?”

Our eyes widened, but we continued to eat and chat with others at the table.

“I can’t stand it,” I said after a while. “This is not likely, but what is the name of your family in Ponca?”

Laura’s mouth was full. Her dear friend, Will, was across the table. He said, “She’s a Kinzie.”

There was a pause. I looked at Laura and said, “I am related to some Kinzies. My cousins lived in town. Their grandparents lived out in B’ois D’arc.” We pronounced it Bow Dock.

“My family lived in B’ois D’arc,” she replied. There were only about 10 houses out there. “Who did you know?”

“Well, my Aunt Norma,” I answered.

“Norma is my uncle Gale’s wife.”

“And your cousins are…”

“Those are MY cousins.”

It turned out that Laura and I were not related by blood, but we had the same Kinzie cousins. Three years into our friendship we made this discovery.

I looked around the table. Everyone’s eyes were wide and everyone had stopped eating and talking.

“We’re COUSINS!” I mean, this just doesn’t happen does it? We knew each other for 3 years and didn’t have any idea. If she hadn’t casually mentioned that she was taking her Mom to Ponca City we would have never known.

We became fast friends after that. We texted almost daily. We spend weekends at each other’s houses, hers in the country, mine in the city. We sat on the porch drinking wine or tea. We went old school and mailed things to each other. We loved going shopping at antique and thrift stores. Years later when someone new would join our meditation center, someone would mention, “Oh, and Laura and Kellie… they are related!” We would share the whole story.

She dubbed us the Karma Cousins, and we remain so until this day.

Laura has been ill for a while now, but remains a canny and precious friend. I’ve moved to Pittsburgh, PA, which turned out to be where she got her undergrad degree, but we still text. It’s funny that she doesn’t email or do anything with computers, but she texts often. She ran a private psychology practice without a computer. I don’t know how she did it.

There were so many coincidences over the years. She and Will went to the Unitarian Church when they moved to Dallas. I later became an active member for well over 20 years at the same place. In fact, I found the meditation center that led to us eventually meeting because it was held in a Unitarian Universalist church. I was used to UU churches. I knew that church, in fact. It gave me something familiar to hang onto while I tried out something very different. I figured if I didn’t like the meditation center I could go across the hall to choir practice.

Ask the questions, Friends. You never know what you’ll find out.

Do you have any interesting coincidences that have changed your life?